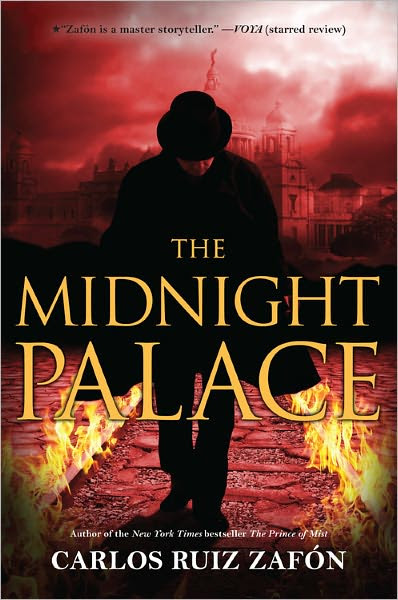 Set in Calcutta in the 1930s, The Midnight Palace begins on a dark night when an English lieutenant fights to save newborn twins Ben and Sheere from an unthinkable threat. Despite monsoon-force rains and terrible danger lurking around every street corner, the young lieutenant manages to get them to safety, but not without losing his own life.

The two babies are left with their grandmother, who quickly decides that the twins must be separated for their own safety. So she keeps the girl (Sheree) with her, and delivers the baby boy (Ben) to St Patrick's orphanage, which is run by an old friend. She leaves the boy there with
a letter, which explains the danger of revealing the boy's identity. The man who murdered his parents is searching for the twins, determined to murder them and all their descendants. He visits the orphanage but the director keeps his promise and the mysterious dark stranger promises  he will return in sixteen years, when the orphans leave to start their adult life.

Years later, on the eve of Ben's 16th birthday, Sheree and Ben meet and finally discover they are twins. With the help of his 7 friends, Ben and Sheree must face and battle the evil villain that has been waiting to destroy them. Ben and his friends belong to a secret organization called The Chowbar Society. They have had a pact to learn about the world and protect each other until death.

I really enjoyed the tension and dark mystery surrounding the villain. It wasn't totally predictable, and I appreciated the ending because it wasn't tidy. I also liked the voice of the narrator, who was one of the Chowbar Society members. The members were interesting - an artist, a smart girl, a brainiac, the quiet nervous boy... they only had each other at the orphanage, so they were a family. And they were fiercely loyal and protective of each other, but not without their flaws.

This is great storytelling for readers who enjoy dark mysteries with a supernatural touch.
Posted by Anonymous at 2:16 PM No comments: